Back in 2019, Carra Martinez began an epic year of travels as part of Fusebox’s new collaborative research project and festival Live in America. Carra visited a constellation of communities across the U.S. and its territories, meeting with local Live in America facilitators, artists and culture-bearers in those communities; sharing food and conversation; and learning about the place they call home, and their performance and cultural practices. Carra’s trips took her to the U.S.-Mexico border; Detroit, Michigan; Northwest Arkansas; Las Vegas, Nevada; Sumter County, Alabama; San Juan, Puerto Rico; New Orleans, Louisiana; and beyond.

This new series “Field Notes on Live in America” is a record of Carra’s journeys across America’s diverse cultural landscape. The inaugural Live in America Festival will take place in October 2021, presented by The Momentary. 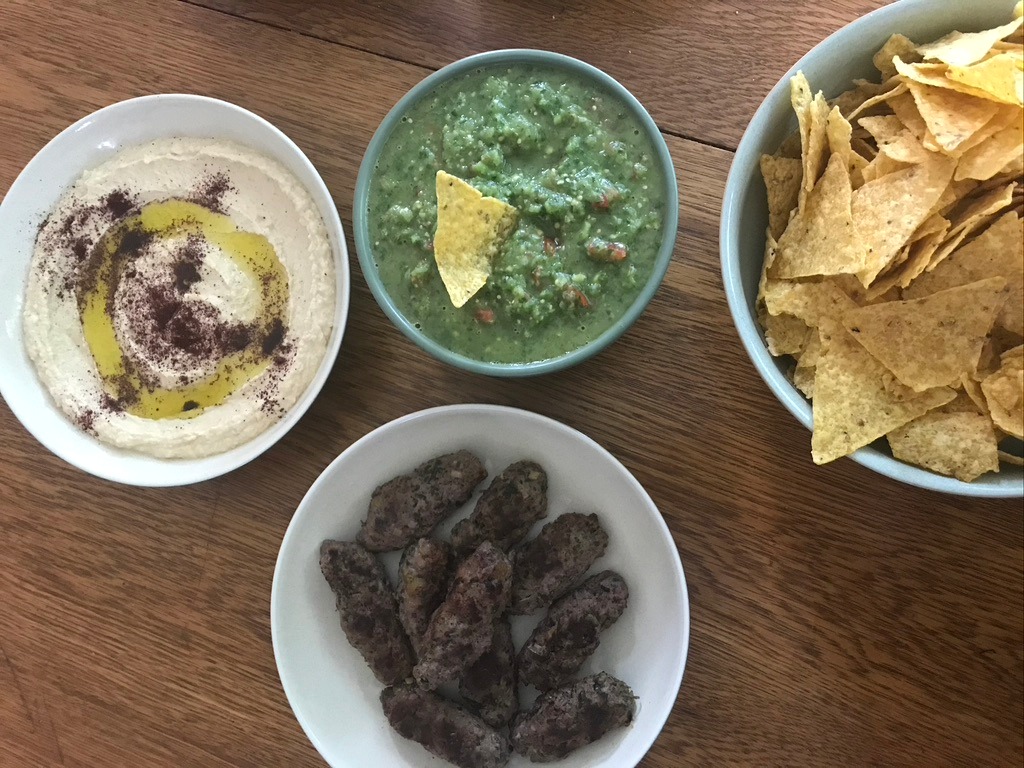 I wake up at 3am in that wide-awake sorta way, so I start a little online research about the Packard Plant, obsessing a bit over why Leyya felt unsettled by a place she’d visited on numerous occasions. As I scroll, I notice that during the prior winter, the Packard Plant bridge collapsed. An enormous pedestrian bridge spanning Grande Boulevard and connecting the two halves of the plant melted into the street below. With PACKARD proudly printed across its span, the bridge marked the ruin with a sense of specificity, a one-degree-of-separation from American capitalism sorta place, a decidedly un-homey or un-neighborhoody sorta place. As we drove around the plant that day, Leyya kept repeating: “I know this is it. I mean, this has to be it.” And of course we were at the plant, but without its Packard bridge sign, the division between neighborhood space and white capitalism space was less clear. Something about its lack of label made the ruins feel more vulnerable. And as an interloper, as opposed to a Detroiter, it was easier for me to blithely gaze about, unaware of all the ghosts I wasn’t sensing.

Some sleep later, the day officially begins once more with delights from Shatila–hail Knafeh–and Leyya’s Arab coffee. Via these pastries, again we talk about Detroit and the ideas enfolded in Leyya’s navigation of Detroit. Me: “There was a bridge that spanned Grand, and it collapsed last winter. Do you think the missing bridge was bothering you? Was that what felt bad?” Leyya: “Oh my god, the bridge. The bridge is gone. I felt so disoriented without the bridge.” We spend some time thinking about the bridge together, and then somehow our conversation spans across Detroit and into the relationship between Palestine and Lebanon. Me, peppering Leyya with questions. Leyya, sharing her family’s history. We talk at length about Ariel Sharon’s time as defense minister in Israel and his ordered destruction of a Palestinian refugee camp in Lebanon. Tonight, lots of Leyya’s friends are coming over for a happy hour, and many of their navigations of Detroit cross similar fields of Arab experience.

…our conversation spans across Detroit and into the relationship between Palestine and Lebanon. Me, peppering Leyya with questions. Leyya, sharing her family’s history.

Early in the afternoon, we begin to cook our favorite happy hour snacks. (I mean, technically we do not “cook” the tequila, but we do take it out of the cabinet.) There’s also hummus and Syrian bread and treats from Shatila. I watch Leyya make kufta. She watches me make Martinez Tomatillo Avocado Salsa. We’re gonna need more chips. You always need more chips. We forget to make the we-stood-a-long-time-in-line-for-this coffee husk coffee.

Folks arrive, and I talk with Ben first. Ben does everything, every-fucking-thing. He’s a lobbyist for farmer worker rights. He’s a musician. He runs a deli. He teaches at a college. He’s working on a Mellon grant. He’s starting a new soup business. He is hustle. A conversation with Ben traverses all his passion and energy and ideas–go, go, go. During our conversation, I think I agreed to sign over my house and my dog and my salsa recipe to Ben. I’m okay with that. Hustle me Detroit. I then spend some time with Andrew next, a writer. (Oh writers, my soft spot.) Andrew and I talk about writing. As we sip tequila, we also unironically talk about our hangovers and how they get worse the older we get. Sigh, tequila sip. Ben and Andrew eat salsa. They eat more salsa. Ben gets up to find himself a to-go container to take some salsa home with him. Before the end of the night, I get a photo from Ben featuring a rethinking of the salsa. He’s added some EVOO, turned it into a lamb sauce, and served it up for folks at his second party of the day. He writes: “People are TRIPPIN’.” Ben and I are going into the salsa business. Again, hustle me Detroit.

One of my favorite moments of the happy hour comes from a long talk with Cousin Mike. Cousin Mike is Leyya’s literal cousin, so at her uging, I call him Cousin Mike as well. (It’s been a while since I wrote this essay, and I still call him Cousin Mike.) Cousin Mike is a musician. I initially met him after his solo performance at Fusebox Festival. Cousin Mike also runs his own recording and performance space in Redford, Entropy Stereo. However, Cousin Mike’s day jobs include time spent with the electric company and the gas company. During our talk, I ask Cousin Mike to expound upon a story Leyya related to me about the purposeful burning of houses in Detroit during the peak of its economic collapse. (Peak of a collapse, such an upside down image.)

Cousin Mike shares a story sorta like this: “Look, the city paid folks who needed the cash to burn the house down and then the city cleared the remains–cheaper than razing an intact property.” Fire talk leads to other fire talk and then we land in an extended explanation of how more electricity is stolen in Detroit than in any other city in the U.S. (If I remember correctly, Houston is second.) The method is simple. Detroiters use jumper cables and other not-intended-for-this-purpose devices to hook into the grid. Some days it was Cousin Mike’s job to oversee the disassembly of the decidedly unsafe network. Cousin Mike: “A car would trail our team through the neighborhood. The team would get to the end of the block, and the ghost car would pull up on the other end of the block, and the driver would make his way to the first house we had just unhooked there. This entrepreneur would offer the house owner a special package that worked like this–for fifty bucks, he would not only hook your electricity back up, but also get you some cable and whatever other service runs through Detroit’s wiring. So folks would pay him the $50. But the deal was, he’d show up the next month and demand another fifty, maybe more than fifty. And if you didn’t pay him, he’d head to your backyard and unhook the entirety of your illegal network.” Me: “Total badass ingenuity.” My own Mexican dad is a deep believer in taking anything you can from The Man and screw the risk, so part of me feels very attuned with Detroiters’ business savvy and ingenuity.

Not should we do it. Or what will get in the way of doing it. Or it can never be done. Or no one will do it. But how do we do it. How and we. That how and we feels very Detroit to me.

The night winds down with a discussion about art and music in Palestine. We talk about the beauty parlor space–”You can get a much better deal than that Leyya.” There’s me, Cousin Mike, Leyya, a Lebanese filmmaker Rola, a Palestinian visual artist, and a Palestinian musician. We talk about Shatila. We talk about how to invite these communities into contemporary art spaces. We talk about Mexico. The Palestinians love Mexico and Mexicans. They ask: “Can you take this project to Palestine? We think you would love Ramallah. Come see us in Ramallah! We’ll figure out some way to explain to the authorities what you’re doing.”

I mean, maybe. Maybe we should go to Ramallah? But maybe that’s those tequila-inspired possibilities answering. I say: “Here’s how I would pitch it–a festival featuring only first and second generation U.S. artists. And because folks straddle worlds, we’ll need to visit both worlds. Boom Ramallah!” Cousin Mike: “Now that is a good idea! How do we do it?”

Not should we do it. Or what will get in the way of doing it. Or it can never be done. Or no one will do it. But how do we do it. How and we. That how and we feels very Detroit to me. So hustle me Detroit. I’m ready.

Carra is a collaborative theater artist, scholar, and educator based in Austin, Texas. She is the Director of Live in America at Fusebox Festival. She holds a PhD in Theatre Historiography.